The Scandinavian Languages – All the Same? 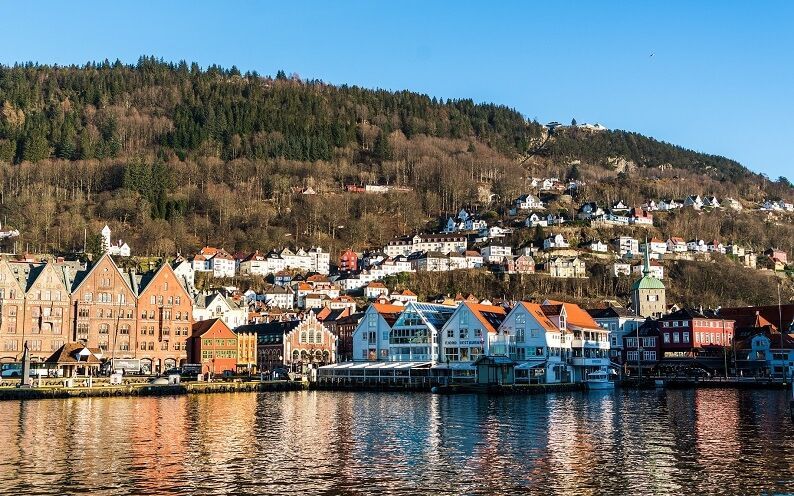 Languages grow like trees, forking and branching from common roots and blossoming into what we perceive as “different languages” as they develop.

Occasionally separate languages develop and end up, although deemed different languages by law and culture, far more similar than is commonly realised.

Most people would say that Norwegian, Danish and Swedish were different, and the populations of each country are certainly fiercely proud of their own language and culture.

However, sit a Norwegian, a Swede and Dane down together and they will understand each other fairly well, leading perhaps to some challenging questions about where one language ends and another begins.

That topic is for another time – in this blog we’re going to look at the remarkably similar Scandinavian languages and their fascinating histories.

Four of the five Scandinavian languages (Danish, Norwegian, Swedish and Icelandic) are (to varying extents, and some speaker will contest this) mutually intelligible, a result of essentially parallel developments in the northern branches of North Germanic, and they have remained similar since medieval times.

In the 13th century they were still referred to as a single language, “the Danish Tongue”. This continued through the 16th century with many Danes and Swedes still referring to North Germanic as a single language – the first Danish translation of the Bible does so, as does Historia de Gentibus Septentrionalibus, “A Description of the Northern Peoples”, Olaus Magnus’s seminal work on Scandinavian culture and customs from 1555.

Various dialects developed over this time. North Germanic was spoken from Russia to Iceland, and with travel restricted to ships, horses and walking diversion was inevitable. Three major dialects have been recorded and classified: Old West Norse, an umbrella dialect covering Old Norwegian and Old Icelandic, also spoken in Ireland, Scotland and Normandy; Old East Norse, spoken in Denmark, Sweden, Russia and England; and Old Gutnish spoken in Gotland and the eastern reaches of Norwegian settlement in Russia.

By 1600, as borders stabilised and the nation states of the north had begun to come together, a different classification system emerged: Insular languages (Icelandic and Faroese) and Continental (Norwegian, Danish and Swedish). This was helped by the unification of Norway and Denmark between 1536 and 1814, which saw significant Danish influence exerted on Norwegian up to and including the emergence of Bokmål, the standard written form of Norwegian that owes a good deal to Danish.

As the primary language of the Reformation in Scandinavia, Bokmål emerged during the union between the two countries and displaced written Norwegian, and gradually spoken Bokmål became the language of the Norwegian urban elite, known as “Educated Daily Speech” by 1814 when the union separated.

This political union and a later one with Sweden and Bokmål helped keep the Scandinavian languages similar to this day. There is another written Norwegian language, Riksmål, developed in 1899 as a “National Language” separate from Danish, but until now the Norwegian establishment has largely stuck with Bokmål-derived dialects.

In sharp contrast, Finnish developed as a distinct language and remains an entirely linguistically separate tongue.

As a case study of linguistic development it remains interesting as unlike the other Scandinavian languages which developed as branches of the Germanic branch of Indo-European (from which the Romance, Slavic and Indic language families developed, encompassing most tongues spoken in modern Europe, the Middle East, northern Asia and North Africa), Finnish is a development of the completely separate Uralic and Finno-Ugric branch, which also includes Hungarian.

While there has been some crossover between these languages, it’s startling how much difference there is between Norwegian and Finnish, when compared to the mutual intelligibility of the other Scandinavian tongues. They are essentially as different as languages using similar scripts can be.

Please click here for information on translation services for Danish. For other Scandinavian languages, contact us today to find out how we can help.