A History of Mandarin Chinese 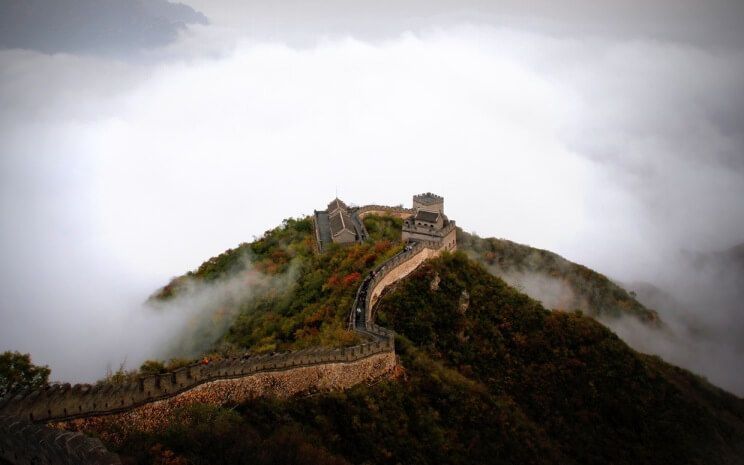 One dialect among many

The various related varieties and dialects of Chinese referred to as Mandarin are the culmination of a common thread of language stretching back more than three thousand years, with the earliest known examples of Old Chinese coming from divinatory inscriptions on oracle bones from 1250 BCE. Chinese history is generally divided into dynastic periods based around dynasties of emperors. Old Chinese grew out of various pre-historic languages, with the first dynasty, the Xia, appearing around 2100 BC. It’s generally agreed that Old Chinese can be traced to the Sino-Tibetan language family, which covers much of northern and central Asia. Chinese is the most common of the Sinitic language branch.

Old Chinese was the language of the Shang dynasty (1600-1046 BC), the Zhou dynasty (1046-476 BC) who overthrew them and the subsequent Warring States period until beginning to die out after 221 BC with the Qin unification. The oldest Chinese literature dates back to the Zhou period and Old Chinese forms the basis of Literary Chinese, which remained the written standard until the early 20th century. In particular, the oldest parts of the Book of Documents, the Classic of Poetry and the I Ching are some of the most well-known of these documents. Old Chinese began to shift into Middle Chinese after the Warring States period, although it should be noted that the vast size and diversity of China meant that there’s no such thing as a universal language – Middle Chinese came in a wide variety of dialects, many not mutually intelligible with each other. Literary Chinese and Mandarin developed out of the languages spoken around the capital on the North China plain.

Middle Chinese began developing as the language of three dynasties between 600 and 1100 AD, spoken by the Sui, Tang and Song dynasties. Most modern knowledge of this language comes from the Qieyun, a dictionary from 601, which is notable for its awkward fanqie method of indicating punctuation. The Qieyun forms the basis of early middle Chinese, while the Yunjing, a later 12th century rime table, is considered to refer to Late Middle Chinese, a separate stage of development. Middle Chinese formed a basis for many modern Chinese dialects, was highly influential across the region, with elements discernible in early Japanese, and modern Mandarin can be considered as a divergent development of it

Old Mandarin emerged as the language of northern China during the Jin and Yuan dynasties, beginning in 1115. The language saw a reorganisation of the four tones of Middle Chinese and other features characteristic of modern Mandarin dialects, but was likely not itself referred to as a variant of ‘Mandarin’ as that term was based on various northern dialects. Sources covering the development of Old Mandarin are limited thanks to a strong and conservative Chinese tradition of phonological description in rime dictionaries, dictionaries that collate Chinese characters by tone and rhyme.

Mandarin survived through the Mongol invasions that founded the Yuan dynasty (1271-1368) and developed as a common speech, based on the dialects of the North China Plain around the capital. The Mongol invasion shook up traditional Chinese cultural conservatism and led to new genres of poetry and drama such as the Qu and Sanqu poetry. This was in turn codified by the Zhongyuan Yinyun of 1324, a rime dictionary that contains plenty of information about the phonology of old mandarin. Tibetan-alphabet records from the Mongol Imperial period, the ‘Phags-pa script in particular, also contain information from this period. Written Vernacular Chinese, which developed as a means of writing down material to be presented orally (something that the by this point heavily divergent Literary Chinese language was unsuitable for) also shows heavy Mandarin influences.

The later post-mongol Ming and then the Manchu Qing dynastic governments saw Mandarin come into its own as the language of the court and of officialdom. With the size China had become, the adoption of a court language was a necessity, as thousands of mutually unintelligible dialects were spoken across the country and no official could be expected to learn them all. The name ‘Mandarin’ came about as a reference to the fact that it was spoken by Chinese officials. The common language used throughout this period was a Mandarin-derived tongue called Guānhuà, which still ran into regional difficulties. A decree from 1728 demands that officials from Guangdong and Fujian be taught proper pronunciation as their reports were becoming impossible to understand. By the 19th century, the Beijing dialect had become essential for a court official to understand, especially given the divide in the court between ethnic Han Chinese left over from the Ming government and the newly arrived Qing leadership.

Following the Chinese Revolution and the fall of the Qing in 1911, and the eventual victory of the communist government in 1949, Mandarin began spreading more rapidly with the advent of modern communications systems, previously limited in China due to the war and Qing isolationism. Needing a common language for the purposes of propaganda and communication, the new communist government drew up Standard Chinese, a language based on the Beijing dialect with vocabulary drawn from the Mandarin dialects. In modern terms, ‘Mandarin’ is used interchangeably to refer to both Standard Chinese and the large collection of dialects spoken across Northern and Southwestern China. Some linguists refer to Standard Chinese as Modern Standard Mandarin, in order to distinguish the current state of the shared language from other dialects.

To find out about our Mandarin Chinese translation services please click here.