Russian is spoken by around 138 million people in country itself, with many more speakers across the former Soviet satellite states of eastern and central Europe. In the countries that make up the Russian federation, national languages are fast gaining in popularity over the Russian language.

If you want to do business, study or even travel in Russia, you’ll find a little knowledge of the language will take you a very long way. It’s not simply a matter of downing shots of vodka and calling out nazdrovie, as you raise your glass, though that’s not such a bad place to start. It’s a simple fact of life that if you try to communicate with others in their own country and in their own language you will get a far better reception than if you simply stick to your own tongue.

Russia has a long, proud and difficult history. Despite a centralised stranglehold on the economy during 80 years of the 20th century, the Russians managed to send the first person into space, beating the Americans by a very important month. Modern Russia, with its myriad of opportunities is an exciting country to explore, and Russians are immensely patriotic, and will appreciate even the slightest attempts made by any foreigner trying to speak their language. 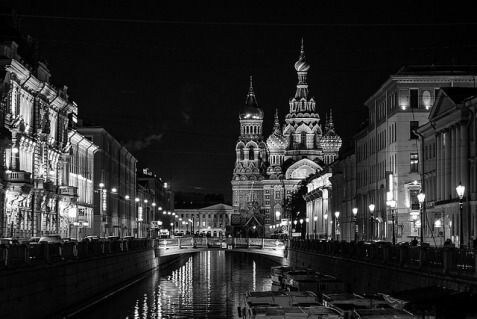 Many non-Russian speakers are often defeated at the first hurdle by the fact that the language is written in Cyrillic. For example the word peace is pronounced as ‘mir’ in English but in Cyrillic looks like ‘Мир’ The city of Moscow is pronounced ‘Moskva’ but looks like ‘Москва’. When first learning the language you might be tempted to give up and just concentrate on the spoken language, but try to persevere, the more familiar you become with the alphabet the sooner it will click and you’ll be able to recognise words when they’re written as well as when they’re spoken.

When you take the time to simply listen to this beautiful and melodic language, you might just fall in love with the tongue. Russian also acts as a useful root for learning the myriad Slavic languages that stretch from Slovenia right through to Russia itself. For example Russian for the number one is odin, in Croatian it’s jedan, and in Polish it’s jeden – the differences lie in the intonation in each of these respective countries.

Of course it’s one thing to gain a working knowledge of a language, but it’s quite a different thing to understand and translate technical, legal and academic documents accurately. Every language has its own rules and standards for the technical and formal translations used in official texts and Russian is no exception. If you’ve opened the door to any negotiations on any level with a business working in Russian, you need to be able to clinch or close the matter with expert Russian translation services – this is where we at translations.co.uk can help.

Whatever your translating task, nothing is too complex for our translators and by using our real-time translation order management system you will be able to keep track of your documents, and see their progression as we work to your deadline. We make careful notes of our projects, so that if you decide to work with us again we have the important words and phrases contained in your document already recorded.

All of our translators conform to ISO 9001:2000 and UNE-EN 15038:2006 standards, so you may rest assured that whatever your demands our translators will be able to translate all of your documents, whether they’re academic, legal or contain the specialised language of yours or your collaborator’s business or industry.