A History of the Danish Language 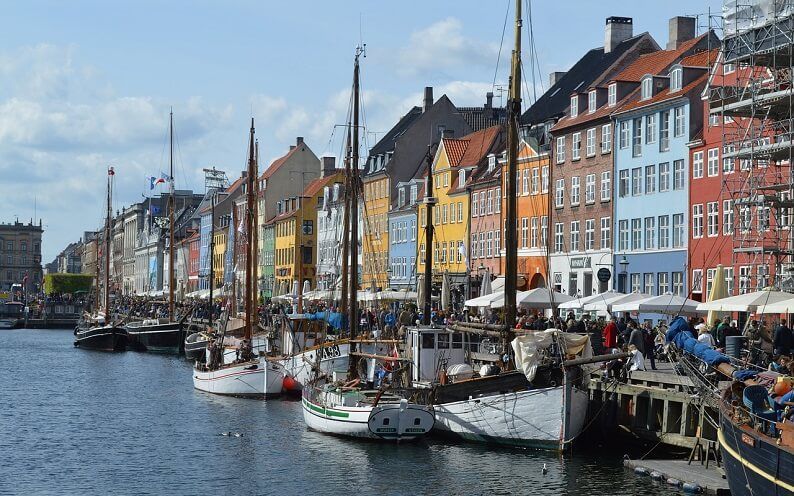 Danish is one of the many Germanic languages of the Indo-European language family, a descendant of Old Norse and one of the (more or less) mutually intelligible languages of Scandinavia. Although only spoken in Denmark, the Faroe Islands and parts of Iceland and Greenland, Danish has had a sizeable influence on the regional development of language and culture.

The earliest information available about Danish comes from runic inscriptions dating back to the 2nd century AD, from which linguists were able to reconstruct North Germanic and Primitive Scandinavian, the first languages of the Elder Futhark.

Danish grew distinct from the other northern Germanic languages in the 9th century AD and subsequently developed into the runic-based Old East Norse or Old Danish. Unlike the Elder Futhark-based Proto-Norse, Old East Norse was written in the Younger Futhark alphabet, with only 16 letters. Old East Norse had a number of differences from the similar Old West Norse, including a change from the diphthong æi to the monophthong e, a purer vowel sound with a fixed articulation.

Its history becomes clearer here as Old East Norse was one of the first recorded written languages in the region, and the main language of a Danish empire that stretched across Norway, Sweden, Iceland, England and parts of Estonia and the South Baltic. This geographic spread meant that Old East Norse and its descendent Old Danish had a strong influence on the Germanic languages, including English.

From 1100 onwards the dialects spoken in modern-day Sweden and Denmark began to diverge, creating a number of dialectical boundaries known as isoglosses. Middle Danish emerged in the medieval period as a separate language from Swedish, largely written in Latin with a few recorded uses of runic script in some areas.

This language bore many more marks of Christian influence, with the Church arriving in the region in the 10th century and spreading quickly, adding many loanwords and in particular names. Subtle alterations in the language developed that eventually distinguished it from Swedish. Stop consonants between vowels were now voiced in Danish, and the pronunciation of consonants was altered.

The printing press was introduced in Denmark in 1482, during the Protestant Reformation. The first Danish Bible was printed in 1550, translated by the major spelling reformer and grammarian Christian Pedersen. His work, among others, led to the standardisation of Danish and the shift to individual letters rather than conjoined vowels (“e” instead of “ae”, for example). While this standardisation could apply to written and printed text, it was less useful for the spoken word.

A mixture of dialects

As with many other languages, until the 16th and 17th centuries Danish was a mixture of dialects and variants with no common spelling, grammar or pronunciation conventions. Reform of the written language did eventually produce a more unified spoken language, especially as Denmark became more urbanised and dialects mingled together. This unified version of Danish settled on a number of distinct characteristics like the glottal stop that occurs in single-syllable words and its relaxed vowel sounds, producing an effect akin to other Scandinavian languages spoken with a heavy head cold.

Danish has also taken in numerous loanwords from other European languages, as have most Germanic descendents, with French, Italian, English and German as the most distinct. Even as Danish’s influence on other Norwegian languages faded, it remained the written standard language of Norway, while Rigsdansk developed as the official standard language of the new Danish state. It remained spoken in Denmark’s two colonies in Greenland and the Faroe islands.

During the first half of the 19th century, a battered Denmark (Copenhagen had been burned and then bombarded by the British in 1801 and 1807, causing a war that bankrupted the country in 1813, while Norway had been ceded to Sweden in 1814) entered a surprising golden age, re-building the battered cities to modern neoclassical standards and creating a new era of learning and enlightenment.

Some of the greatest Danish writers and philosophers wrote in this period, including the romantic nationalist N. F. S Grundtvig, the philosopher Søren Kierkegaard and the famous Hans Christian Andersen. Education improved as well, standardising Danish further and reducing the prevalence of dialects.

Danish has seen two more shifts in the 20th and 21st centuries. The Danes imposed a rejection of the germanised practice of capitalising nouns and an introduction of the letter Å/å in response to the German occupation of the country during the Second World War. More recently, a multiethnolect known as Perkerdansk is developing in the cosmopolitan urban areas fuelled by immigration, combining elements of Danish, English, Turkish, Kurdish and Arabic, among others.

Please click here for information on translation services for Danish.