A History of the Polish Language 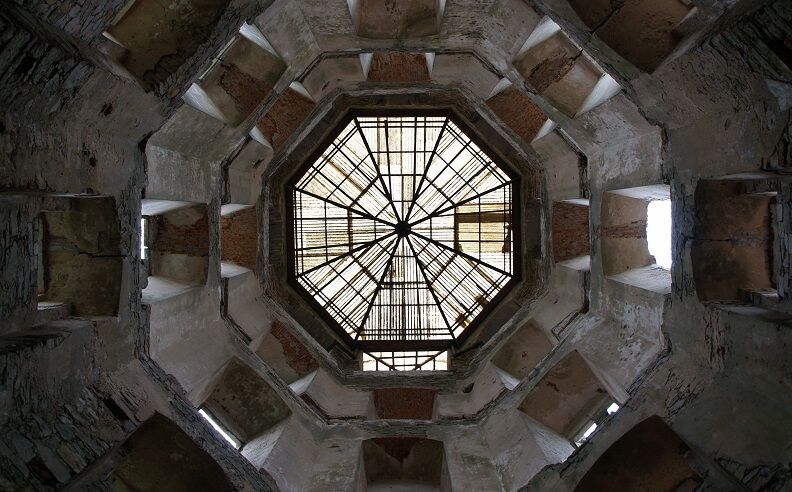 Polish is one of the West Slavic languages, spoken largely by the Poles as well as by various inhabitants of Slovakia, the Czech Republic (Czechia) Germany, Hungary, the Ukraine, Belarus, Romania and Moldova. It is one of the Indo-European languages, of the Balto-Slavic linguistic family’s Lechitic subgroups.

The history of Polish is inseparable from the history of the Polish state, and from the influence of the major surrounding states, most notably Russia, the Austro-Hungarian Empire and the various Germanic empires that would eventually become Germany. For much of Polish history these larger neighbours have exerted cultural and political pressure on the country, or indeed outright conquered and occupied it.

Given the depredations of the 20th century, it’s surprising that Poland has managed to maintain its status as Europe’s most linguistically homogenous country – over 97% of Poles declare Polish as their first language. 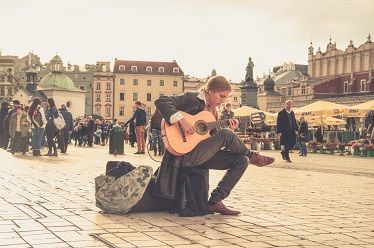 Lasting unbroken since the 16th century

Thanks to the conservative nature of the Polish language, the differences between Old Polish and Modern Polish are slight compared to the differences between, say, Old High German and Middle German. Old Polish continued to be spoken until at least the 15th century, although several tenses (the aorist, the imperfect and the dual) fell into disuse except in a few older sayings. Indeed, Tomasz Kamusella, a major Polish linguist, notes that “Polish is the oldest non-ecclesiastical, written Slavic language with a continuous tradition of literacy and official use, which has lasted unbroken from the 16th century to this day.”

Between 1500 and 1700, Polish was a major lingua franca in much of Eastern and Central Europe thanks to the Polish-Lithuanian Commonwealth, a political and economic alliance between states that at its height covered 450,000 square miles inhabited by more than eleven million people. Formalised by the Union of Lublin in 1569, the Commonwealth was unique for its strict checks on monarchical power and its political system, which have been characterised as proto-democratic, as well as the high ethnic diversity and religious tolerance it offered.

In the 1770s, however, the Commonwealth had declined significantly, and the balance of European power had shifted, with the Russian empire growing in power to threaten Austro-Hungarian interests in Moldova and Wallachia.

To defuse these tensions, and others growing around the Commonwealth’s borders, Russia, Austria and Prussia annexed various parts of the Commonwealth, during the First Partition of Poland. This started an inevitable period of decline as Prussia and Russia later claimed more of the country in the Second Partition of 1793 and finally consumed Poland altogether in 1796, ending Polish-Lithuanian national sovereignty until 1918. 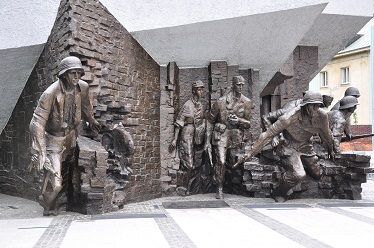 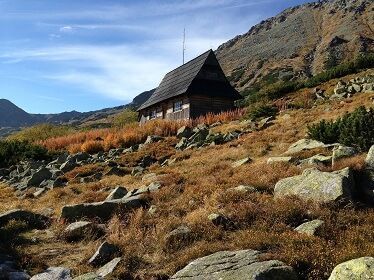 Polish began to emerge as a distinct language around the 10th century, as the Polish state was established by Mieszko I, the ruler of the Polans tribe. Mieszko I united various tribes in the basins of the Vistula and Oder rivers into a larger state, one which became Christian in around 966 as the religion spread across the continent.

It’s from this period that Written Polish dates, as the adoption of the Latin alphabet meant that Polish could be written down and recorded. The Old Polish spoken at this time involves a number of Latin elements and loanwords, such as kościół or “church”, from the latin castellum, or “castle” and anioł or “angel” from angelus.

The neighbouring Czechs, who would see an economic and cultural boom in the 13th century thanks to silver mining, also contributed a number of Latin loanwords, as did Middle High German thanks to various cities founded in Poland using the Magdeburg Law, (the urban laws of the Holy Roman Emperor Otto I).

During the 12th and 13th centuries, Mongolian words arrived with Ghengis Khan’s hordes including dzida (“spear”) and szerg (“line” or “row”). In the 16th century, a marriage between the Polish king Sigismund I The Old and Bona Sforza, an Italian and the niece of the Holy Roman Emperor Maximillian, introduced a variety of Italian words into Polish, many of them food-related. 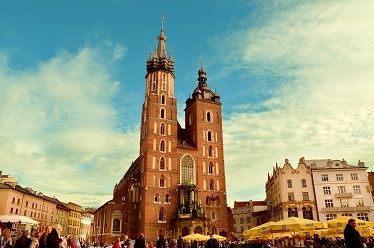 While Poland was under the occupation of the surrounding empires Polish took in further loanwords, not just in German but also in French. Poles were often supporters of Napoleon during the 19th century,  with many words including ekran from the French ecran (screen’), rekin from the French requin (shark) and koszmar from cauchemar (nightmare). Russian, German, Hungarian and Turkish also influenced Polish during this time. Adam Mickiewicz, one of Poland’s most famous national poets, gained much of his fame during this time for both his poetry and his work campaigning for an independent Polish republic.

When Poland became a sovereign nation after the First World War (as a consequence of two of the three major occupying empires collapsing and the other becoming the Soviet Union), Polish was a different but still distinct language, retaining its rich cultural history.

The country’s independence wouldn’t last long, however – in 1939, Nazi Germany and the Soviet Union invaded and annexed the country between them, and in 1941 the Nazis conquered the entire former Polish territory during their invasion of the Soviet Union. During the Second World War the Nazis killed more than 2.77 million ethnic poles and up to 2.9 million polish Jews, destroying vast amounts of Polish cultural and religious heritage (Warsaw, in particular, was almost razed to the ground entirely after the 1944 Warsaw Uprising). As Poland recovered from the devastation of the Second World War and the subsequent Soviet era, Polish recovered with it, and it’s now the primary language of the Third Polish Republic.