The Piraha: a Challenge to Modern Linguistics 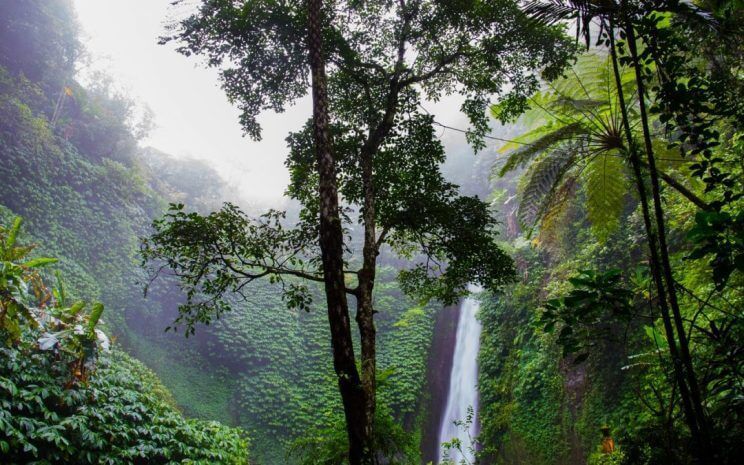 Linguistics in the news

The debate about language is never far away from the news, and the publication this year of The Kingdom of Speech by Tom Wolfe reignited the debate. The author examines the theories of the linguist Daniel Everett and philosopher Noam Chomsky, and their application to language and cognitive development. However, reviewers have condemned the book for being heavy on Wolfe’s ideas and light on substance and fact. In some cases Wolfe was just wrong; no, Einstein didn’t ‘discover the speed of light.’

Writing in The Guardian, the journalist and linguistic author Steven Poole has said of The Kingdom of Speech:  ‘it is obvious to everyone that speech must have evolved – to everyone, that is, except those who are congenitally suspicious of scientific authority, and perhaps especially those professional super-users of language who feel forlorn at the prospect of their life-defining power being demystified by geeks.’

A large portion of Everett’s work and its impact on linguistics was based around his time studying and living with the Pirahã, a small indigenous hunter-gatherer group of the Amazonian rainforest. The Pirahã are linguistically notable for their almost unique language – with eight consonants, three vowels and no tenses to describe the past as well as a lack of descriptors for numbers, Pirahã is difficult to pick up for outsiders and difficult to fit into established linguistic theories.

The construction of Pirahã makes it totally unique among the world’s 6,500 languages. With no need to describe time or numbers the language of this remote Amazon tribe appears to have developed a unique concept of communication that incorporates song and even whistling into its vocabulary. The Pirahã live on the banks of the Maici River in the heart of the jungle. They have had little contact with the outside world, though one of their visitors; the linguist Daniel Everett, together with researchers from MIT, has released many studies of Pirahã language.

Without numbers, Without time

An article by the linguist Caleb Everrett, (son of Daniel) published in the journal Cognitive Science, suggests that as the tribe has never found a need for numbers they simply have never discovered a use for numeracy. Everret carried out some tests on tribe members to evaluate how they manage in a world without numbers. Using simple tests counting the number of batteries on a table, Everett found that Pirahã speakers gave different answers to describe identical setups. The Pirahã were also unable to keep track of the quantities of items in play when the items were out of view. These tests led Everett to suggest that the Pirahã use an ‘analogue estimation strategy’ rather than numbers to assess quantities, meaning that they are literally unable to ‘count’ as we understand it despite their intelligence being on a par with non-Pirahã.

The Pirahã are also unique in that among all of the Amazon tribes, they are largely monolingual, although some speak Portuguese, especially after the establishment of a government school in the area in 2012. Indeed, according to John Colapinto in The New Yorker (2007):

“Crooked head’ is the tribe’s term for any language that is not Pirahã, and it is a clear perjorative. The Pirahã consider all forms of human discourse other than their own to be laughably inferior.’

According to Everett, the Pirahã live in the present, and the past and the future are of no use to them. They don’t have creation myths, there are no words for ancestors, and they don’t draw, paint or sculpt. They do create necklaces, apparently for protection against spirits. Everett documents Pirahã referring to beings that live above the clouds and even speaking as spirits. They also don’t have any static words for colours. For example, a red cup could be described in Pirahã as ‘looking like blood,’ or if someone in the tribe thought the colour resembled a local red berry, then the word applied to the berry would be applied to the colour red.

One of the fundamental differences between Pirahã and almost all other languages is a lack of recursion. When looking for linguistic universals Daniel Everret and his co-researchers (A Corpus Investigation of Syntactic Embedding in Pirahã, pub March 2016) were looking for language universals in the Pirahã language – embedded structure and evidence of ‘cognitive mechanisms supporting language.’ They didn’t find any.

Results in this area of research are contrary to the precepts argued by Chomsky, Fitch and Hauser who stated that a recursion is ‘the unique and defining feature of human language,’ and it’s this feature, which separates restrictive animal sounds from human language. Chomsky’s theory of universal language has dominated contemporary linguistics for decades – it’s no wonder that the linguistic world is fascinated by Daniel Everrett’s findings.

Recursion allows languages to be flexible, it allows sentences to become complex consisting of many clauses and sub-clauses. This concept is totally alien to the Pirahã.

According to a recent article in Tech Insider linguists have believed that all languages use recursion. Pirahã doesn’t. Some Pirahã have learned Portuguese, however, and adapted to its more mainstream concepts.

Dan Everret’s findings are exciting as they bring Chomsky’s ideas when he first challenged Skinner’s behaviourist approach to linguistics back in the 1950s, though Chomsky’s supporters, and they are legion, would disagree. For decades belief in universal grammar has been a heavily divisive issue among linguists. Chomsky and Everret used to be in close correspondence but since Everret has been questioning the universal grammar theory, their relationship has broken down with Chomsky calling Everret a ‘shadow intellect and a charlatan.’

Everret re-evaluates the work of Sapir and founded a lot of their research on studies carried out with indigenous peoples, including the Hopi. Linguistic determinism, the idea that the structure of language and its limits determines the way in which we think, and use other cognitive facilities, is a form of linguistic relativity. The Pirahã, this idea suggests, are literally unable to comprehend numbers and other concepts their language does not cover.

“Not so,” cry the opponents. Steve Pinker believes that all are capable of ‘universal mentalese,’ the theory that thought comes before language and he has called Everret’s theory ‘a bomb thrown into the party.’ And Chomsky has never agreed with the Sapir-Whorf hypothesis as can be see by his development of the Universalist theory of language.

The Piraha may still fit into this bracket. Everett suggested that their lack of adoption of what are otherwise universal linguistic features is a result of cultural conservatism rather than differences in brain structure. Regardless the debate continues. The relentless pace of modern life is making the debate more urgent, however- The Brazilian government has recently built a school in the region, and begun broadcasting television and radio over the Piraha’s reservation. Time will tell what effect this intrusion of modern life has on the Piraha’s speech and culture.