A History of the Spanish Language 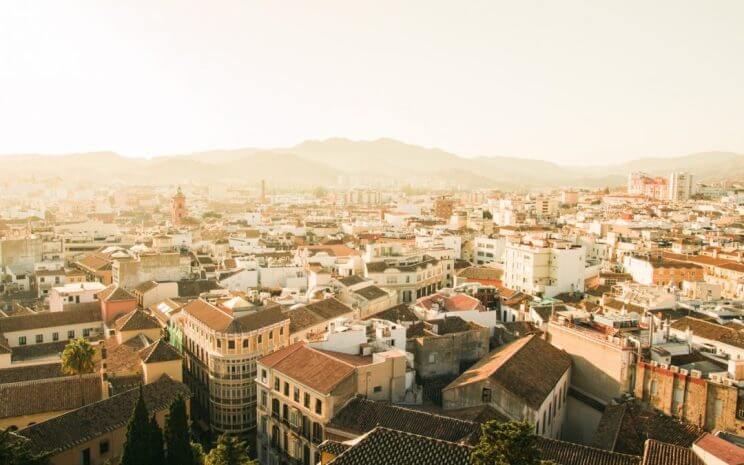 In common with the other European Romance languages, modern Spanish evolved from Latin. The history of the Spanish language begins with the expansion of the Roman empire, with Spain becoming part of it in 206 BCE. In fact, Spanish emanated from vulgar Latin, the group of sociolects spoken by the people across the Roman Empire, rather than the written classical Latin we associate with Virgil and Ovid.

Origin of the species

The origins of modern Spanish as spoken on the Iberian peninsular can be traced to its history of invasion and benign occupation. Before the advent of the Roman empire, the tribes that lived in this part of the world were Iberian. Nomadic Celtic people moved into the area, and the two peoples mixed, giving rise to the Celtiberian language. Inscriptions written in this language can be found today and the key to their translation was only discovered in 1922 by Manuel Gomez-Moreno Martinez.

Evidence has also been found of words in contemporary Spanish that have their origins in other Celtic languages. For example alondra means lark, and some linguists believe that this word is related Irish word eala, or even the Welsh word alarch

Under the Roman occupation, Spain was called Hispania and by 460 AD, when the Roman empire collapsed, Vulgar Latin was still in widespread use across the peninsular. An example of the influence Vulgar Latin’s mark on contemporary Spanish can be seen in its use of the definitive article, which isn’t used in classical Latin. Today’s definitive articles el and la in Spanish can be traced back to the vulgar Latin demonstratives ille and illa.

Following the collapse of the Roman empire, Vulgar Latin continued to be used across the Iberian peninsular, despite invasions by Germanic tribes from Northern and Eastern Europe.

The Moorish invasion began in 711, introducing further linguistic influences. The occupation lasted for 700 years until 1492 when the Moors were defeated following the fall of their last city on the Iberian peninsula, Granada.

As well as introducing advances in knowledge, architecture, medicine and science, you can still find traces of Arab influence in the Spanish language today. Linguists believe that Mozarabic, a continuum of closely related Romance dialects spoken until the 13th century, led to the development of Castilian, or standard Spanish. The contemporary Spanish language has around 4,000 words with Arabic roots, including:

Old Spanish, sometimes known as medieval Spanish, developed on the peninsular from around the 10th century until the 1400s, at the same time as the Moorish occupation. One of the most popular examples of this form of Spanish is the book Cantor de Mio Cid. A clear example of the differences between modern and old Spanish lies in the differences of pronoun placement in a sentence as well as a different use of the past participle:

Both sentences mean ‘I will pawn it to them for whatever is reasonable.’

The evolution of a language

Toledo was the centre of the development of Castilian Spanish. The language was used for administrative work, official documents and translations of learning from the Greek, Latin and Arabic. King Alfonso X was the ruler of Toledo, and is commonly identified with the development of Castilian Spanish. The language gained further dominance following the expulsion of the Moors from Spain and during the rule of King Ferdinand of Aragon and Queen Isabella of Castille. As their rule extended across other areas of Spain, Castilian language became the dominant language across the different Spanish provinces.

The provinces of Spain are very proud of their regional differences. The Basque and Catalan languages are languages in their own right rather than dialects, with Catalan spoken in Catalonia, the Balearic islands and Valencia as well as Rouissilon in France. The Basque language is a language isolate and essential to the Basque identity.

Today Spanish is the second most widely spoken language in the world, and it’s still surprisingly uniform across the world, though, obviously, there are regional variations. There are over 400 million Spanish speakers and its use continues to spread across the globe.

To find out about our Spanish Translation Services, please click here.

Next post The Piraha: a Challenge to Modern Linguistics