A History of the German Language 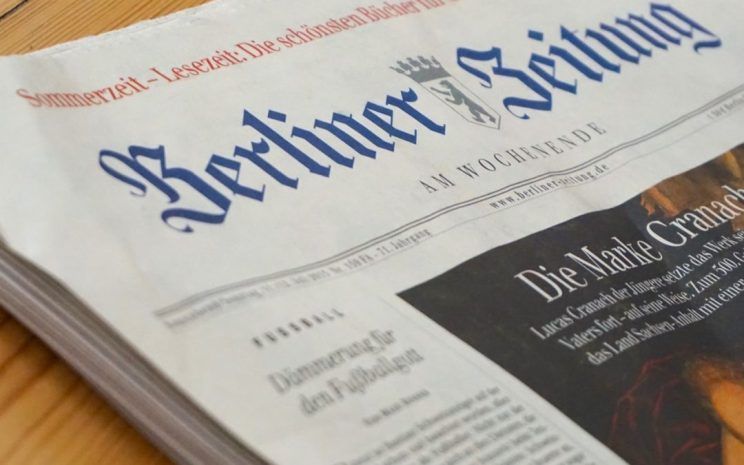 The history of the German language sometimes reads a little like the background to an elaborate fantasy novel. The language has its origins in the Germanic branch of the indo-European language family, which also includes languages spoken all over Scandinavia and northern Europe as well as the British Isles. In around 700 AD Old High German sprang from the Saxon languages, and was sometimes communicated in the Elder Futhark alphabet, one of the old runic alphabets which itself dates as far back as the 2nd century.

Old High German developed from the West Germanic dialects, which would later become English, Dutch and the other western European languages, through a linguistic shift known as the High German consonant shift in the 5th and 6th centuries. By the mid-11th century the many vowels found in unstressed syllables had all adapted and simplified into ‘e’s, and the language’s inflectional grammar rapidly simplified. Taga, ‘days’ in Old High German, is recorded as having simplified into tage. Old High German was spoken across the northern and central parts of the Holy Roman Empire by around 950, in dozens of different dialects, some of which have no written record.

Following the consonant shift, Old High German became Middle High German, spoken across Germany from around 1050 until possibly as late as 1500, although most consider it to have died out around 1350. Middle High German spread much further east beyond the Elbe-Saale line and many East Central German dialects developed from it. Middle High German had become Frühneuhochdeutsch, or Early New High German (usually referred to as the earliest form of modern German) by around 1450, at around the time movable type was beginning to become widespread. The linguist Wilhelm Scherer suggests that Early New High German was becoming widespread in the late 1350s following the major demographic shifts created by the Black Death and the end of the Thirty Years War. Modern Germany was still a collection of independent states and disputed territories at this time with Latin as a common language, but Early New High German was the language chosen by Martin Luther during the Reformation, and the various dialects began to become more interchangeably coherent as sermons and written texts proliferated. While there was no standard language that could specifically be called Early New High German, two supra-regional Schriftsprachen (‘written languages) developed and became influential. They were the germaine tiutsch of the Imperial Chancery of Maximillian I, also known as Common German or Upper German, and the East Central German of the Saxon Chancery in Meissen.

Throughout the 17th century, German overtook Latin as the dominant language in northern and central Europe for public discourse. The Peace of Westphalia in 1648 brought an end to the religious wars of the era and created the many small sovereign states that would eventually make up Germany, creating the essential political conditions that would eventually give rise to New High German, a single language spoken across Germany in a number of dialects. This is the most recent period in the history of the German language and is often known as a synonym for Standard German.

While New High German was originally considered to have existed from 1500 up until the present day by Jacob Grimm in 1848, Scherer suggests it was a development of Early New High German and actually became mainstream around 1650. ‘The first German Novel’, Grimmelshausen’s Simplicius Simplicissimus, was written in New High German, and this linguistic period saw the codification of German grammar and the development of a standard written and spoken language. There were few major phonetic or morphologic changes in the language during this period, with the language as a whole selecting various features which have then exerted an influence on the many dialects of German.

New High German is the modern German language spoken across the German sprachraum, the area where the majority of the population speaks German and has German as a co-official language. This area has an estimated 88 million native German speakers and 10 million who speak the language as a second language, and encompasses Germany, Austria, 17 cantons of Switzerland, Liechtenstein, with the Italian Autonomous Province of South Tyrol, Belgium, four other cantons of Switzerland and Luxembourg. It was spread by the Hapsburg Empire, for whom it was the language of commerce and government, and German speakers could be found across a large part of Central and Eastern Europe. Between 1852 and 1860 the Brothers Grimm produced a 16-part dictionary, the Deutsches Wörterbuch, the most comprehensive German dictionary of all time. Incorporating loanwords from other languages as well as High German vocabulary from as early as 1450, it is the German equivalent of the Oxford English Dictionary. German is also widely spoken as a first language in many other nations, both European countries (Denmark, Italy, Bosnia and Herzegovina, the Czech Republic, Hungary, parts of Poland, Romania, Slovakia and the Ukraine) and others (Kazakhstan, Russia, Namibia, South Africa, North America, Canada, Brazil and Australia).

German is still spoken in many dialects including Bühnendeutsch, or Stage German, a 19th-century ruleset similar to English Received Pronunciation that differs from regular German in a number of ways and is used in the theatre. Regional dialects and variants exist as with other languages, many shaped by the unique nature of the German diaspora. These include Texas German, a near-extinct dialect with unique pronunciation and completely different structures to regular German, not to mention Namibian Black German, a pidgin language that was spoken during the German colonial rule of Namibia along with Afrikaans, German and English.

To find out about our German Translation Services, please click here.