A History of the Russian Language 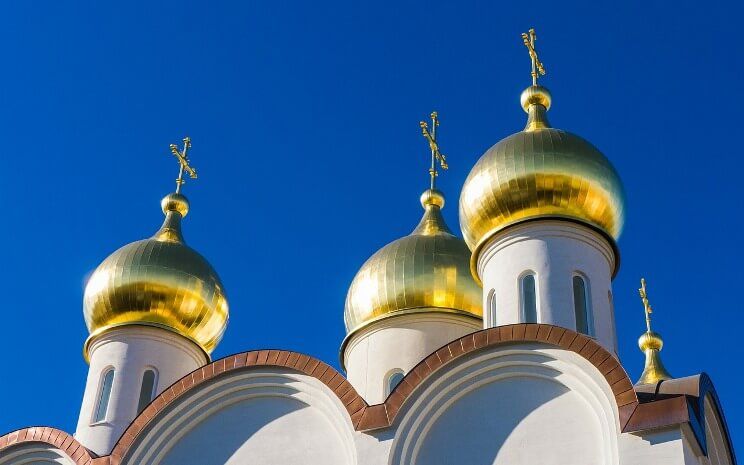 Russian belongs to the eastern Slavonic family of languages, having more in common with Ukrainian and Belarusian than Polish, Serbian or Czech. However, there are words and phrases that all Slavic languages have in common. All of these languages are members of the Indo-European family, the enormous group containing languages as different as French and Sanskrit. The history of the Russian language starts with the development of the Slavic languages.

The development of the Slavic family of languages

Around 2,500 BCE, according to linguist Dr A A Sokolsky “the Slavic tribes became separated from the mass of other tribes and developed their own language, which is called Common-Slavonic or Proto-Slavonic”. These tribes settled in the heart of present-day Eastern Europe and continued to use mutually intelligible dialectal forms for centuries, some traces of which can be found today. For example, the Russian for ‘No,’ is niet, in Croatian the word for no is ne and in Polish it’s nie – similar, but different.

The development of the Russian language

It’s believed that in around 500 AD the Slavic tribes started to separate into eastern, western and southern, with the early Russians inhabiting the area around the Dnieper river. Today the river flows through Russia, Belarus and the Ukraine. The early Russian country, or amalgamation of peoples who saw themselves as Russian, still spoke a form of eastern Slavic dialect and this continued for many centuries. These peoples called themselves ‘Rus’ and this term was believed to be first recorded in 839 by an early Carolingian chronicler. The modern name of Russia (Rossiya), only became more widespread in the 17th century, and is taken from the Greek Ρωσία, which in turn derives from Ῥῶς, an early Greek name for the people of Rus.

The early Russian state did not have a proper name. Its inhabitants called it rusĭskaja zemlja (русьская земля) and the term rusĭskaja changed to russkaja in modern Russian – ‘Land of the Rus’. The word rusĭskaja is an adjective: the morpheme ĭsk corresponds etymologically to English -ish; -aja marks feminine adjectives (namely, zemlja, ‘land’, is grammatically feminine in Slavic – as in the term ‘mother Russia’). In similar fashion, Poland is called Polska by its inhabitants, that is, Pol-sk-a, originally being the adjective in Polish ‘field’ or the ‘field people.’ Written records for the Russian language can be traced back as far as 862 AD, thanks to two Byzantine monks Cyril and Methodius.

The Russian language has been in a constant state of evolution for centuries, largely due to widespread illiteracy, and this state of affairs didn’t change until the Russian revolution in 1917, when education as a right for all was introduced. Other reforms had been introduced throughout Russia’s history but these didn’t permeate throughout the whole of this vast country, or through every class of people. The peasants were ruled by a quasi feudal system until the revolution, and for many formal schooling wasn’t an option. This process of change from the beginnings of written language to the present-day writing system can be explained by citing four important events. These include the “birth” of the Cyrillic alphabet in 862 A.D., a set of medieval reforms known as the Second Southern Slavic Influence in the 13th century, Peter the Great’s reforms of the 18th Century, and the revolutionary Communist reforms of 1917.

It is thanks to the two Byzantine monks that Russian was first written down, and this is the reason why Russian has a Cyrillic alphabet. The first bible printed in Russian wasn’t until 1663. The first line of the contemporary Russian national anthem demonstrates the close ties between the Russian religion and the state: ‘Russia our holy nation,’ or Россия – священная наша держава. The two monks based their transcription by using the spoken dialect of Slavonic spoken in Macedonia, and they then created an alphabet based on the phonemic properties of this form of Slavonic. For this reason, “the ancestor of Old Church Slavonic (OCS), the oldest written form of Common Slavonic was the Macedonian dialect”, according to WK Matthews from London University’s School of Slavonic and Eastern European Studies.

In common with many languages it’s possible to trace where Russian has directly borrowed words from other sources:

And the thirteenth century Tartar invasion, also introduced new Turkic words into the Russian language, including the words:

It was the reformer Peter the Great who started to use contemporary Russian rather than Church Russian in official documents and reformed the Russian alphabet. It was under Peter’s rule that the written forms of letters were simplified with some appropriate only to Greek being removed. The alphabet continued to evolve until 1918, when further letters that weren’t in use were removed. The first authoritive Russian grammar was published until the 1740s by Vasily Adodurov. But it wasn’t until Pushkin started to publish his work in the early 19th century that Russian as a language of literature and fashion started to become popular. Church Russian fused with modern Russian and reflected the spoken language even more closely. Standard Russian came of age during this period, a time of Russian aggrandisement and is reflected in the national pride that Russia felt.

After the 1917 revolution the introduction of reforms in education and every sphere of Russian life introduced a wider vocabulary, while the language became universal across the country. Modern, literary Russian (современный русский литературный язык), with its 144 million native speakers across Russia, Ukraine and Belarus and the world’s eighth most popular language continues to evolve, promising to continue to provide a rich history for many generations to come.

To find out about our Russian Translation Services, please click here.