What are Genderless Languages? 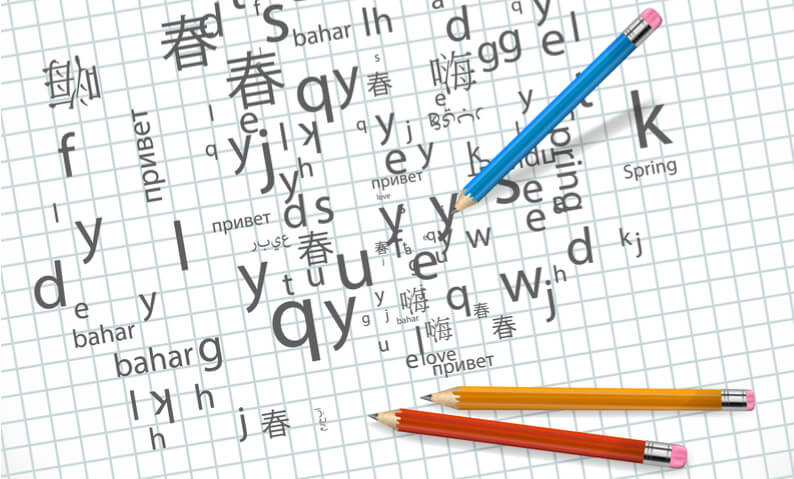 A genderless language is one with no grammatical gender distinctions, and therefore doesn’t apply categories like male and female to nouns, articles, adjectives or verbs. Many organic and constructed languages are genderless or partially genderless, and a variety are found across the indo-European language group, the Uralic languages and several Asian language families. In simpler terms, this is why tables in France are feminine while phones are masculine.

Grammatical gender is actually etymologically closer to genre and has little to do with gender itself (Dutch, for example, has common and neuter genders, but no male and female, while Zulu has 14, none of them to do with gender).

English doesn’t have grammatical genders, and limits gender markers in language to third-person pronouns and words that specifically refer to gender (“he/she”, “girl”, “son”, “aunt”, etc). Genders are more like categories into which words are semi-arbitrarily defined based on a variety of factors.

Most genderless languages are found in Asia, as the Romance languages that dominate Europe and the Americas are heavily gendered. Around three quarters of the languages currently spoken worldwide do not use grammatical genders, although in many cases this is a recent development. Old English had a strong system of grammatical genders, the residue of which sticks around with words that are male/female coded: Steward/Stewardess, Aviator/Aviatrix. That said, even in Old English “woman” or wiffman was male, while neuter categories also existed. These genders vanished as English simplified into Middle English.

The problem of translation

Translating between gendered and genderless languages can throw up a number of amusing issues. In Spanish, for example, el Papa is a Christian religious leader while la papa is excellent fried or roasted and makes good chips. This is also the reason why Chinese, Korean and Japanese speakers can sometimes find gendered pronouns difficult in English, although Chinese in particular has a number of measure words which separates systems into conceptual groups, not quite the same as gendered nouns that change associated adjectives but in the same ballpark.

In German, depending which part of the (comparatively small) German diaspora you’re in, der joghurt may in fact be die joghurt or even das joghurt. Many speakers of gendered languages can’t even agree on the genders for new and old words, and genders have a tendency to shift over time as well.

It’s not clear how gendered languages developed. Some theories suggest it arose from the distinction between animate and inanimate objects, as a way to group together words that share qualities or concepts. This may have been where the masculine/feminine distinctions emerged in some societies, and carries an unfortunate potential to entrench traditional gender roles through assigning masculine and feminine categories to words, although for every example of this there’s a counterexample that bucks the stereotypes. Other theories suggest that the development of genders was a function of longer, more complex sentence structures that allowed the speaker to keep track of the subject of a sentence.

Whatever the origin of linguistic genders they remain an integral part of some languages but absent from the majority, and many people will never encounter a grammatical gender in their lives. For translators, however, an understanding of genderless and gendered languages is key, especially when translating deliberately gender-neutral terms.