A History of the Italian Language 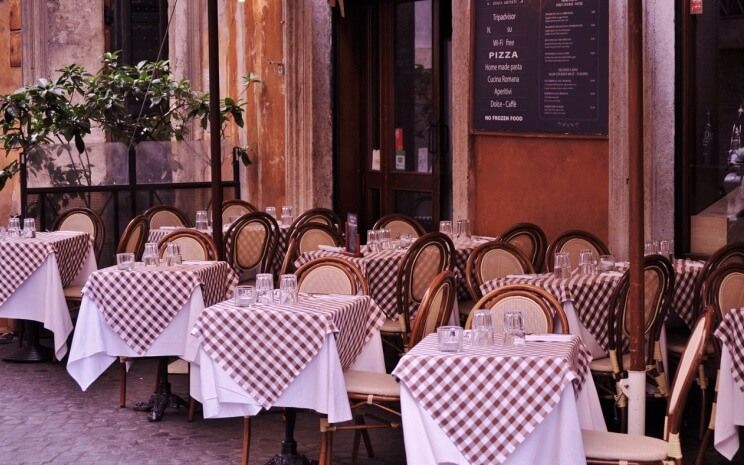 With its roots in Ancient Latin, Italian is one of the European Romance languages along with Spanish, Portuguese, French and Romanian. Indeed, its vocabulary remains the second-closest tongue to Latin (behind Sardinian) and at present, it’s the third most spoken first language in Europe (behind English and Spanish) with a total of 65 million speakers on the continent alone.

The Italian language as we know it today can traced as far back as 960-963, to a legal document named the Placiti Cassinesi. More accurately, the language used in the text should be regarded as vernacular Italian (differentiated from the Vulgar Latin which preceded it). Meanwhile, another school of thought contends that the Veronese Riddle – an obscure word puzzle written by a Christian monk in Verona at an unspecified date in the 8th or 9th centuries – predates the Placiti Cassinesi and is therefore the earliest record of the Italian language.

In any case, scholars agree that the first standardisation of the language was brought about by Italy’s most celebrated poet Dante Alighieri, who wrote the Divine Comedy in 1320 one year before his death. This collection of epic poems is widely regarded as a masterpiece of literature and the Florentine dialect which he used in his writing quickly became the standard by which all educated Italians recognised the language.

Despite this standardisation, each city in the country still retained (and to a certain extent, retains today) its own unique dialect, largely due to the fact that these were regarded as autonomous city-states rather than composite members of a unified country. As such, different parts of the country pronounced syllables and stresses in different ways, despite relying on the same grammatical foundations and using the same basic lexicon.

The Italian Renaissance, characterised most famously by artists such as Leonardo da Vinci and Michelangelo, also held great implications for the language of the country. A renewed interest in classical antiquity, accompanied by the re-discovery of a Dante essay entitled On Eloquence in the Vernacular, sparked a concerted effort to establish a foundation for a modern Italian language. There were three main bodies of thought concerning the criteria for this new language, which can be defined as the following:
• The purists, led by Pietro Bembo, who deemed the Divine Comedy too undignified to be regarded as a proper foundation for a new Italian, instead preferring classic works by literary greats such as Boccaccio and Petrarch.
• The Florentines, led by Niccolò Machiavelli, who prioritised capturing a vivid and true representation of the actual language spoken by people in their everyday lives.
• The courtiers, led by Gian Giorgio Trissino and Baldassare Castiglione, who thought that the individual dialects of each city-state should be incorporated into a unified standard for the whole language.

A fourth and final school championed the language used by the Pope and his court, which combined elements of Roman and Florentine dialects. However, the purists eventually prevailed and a society known as the Accademia della Crusca was set up in 1583 to serve linguists, philologists and scholars – the society remains the oldest language institute in the world today. The publication of the first Italian dictionary followed not long after in 1612.

Italian around the world

One of the principal catalysts for the dissemination of the Italian language was the conquest of the country by Napoleon at the beginning of the 18th century. Though he led the French army, Napoleon was himself of Italian-Corsican origins and his domination of the country helped to unify a previously splintered state into one, single entity.

At the end of the 19th century, the proliferation of the Italian Empire meant that many nations in Europe and Africa adopted the language and though finding native Italian speakers overseas is ever more difficult, it is still spoken to an extent in places like Eritrea, Libya and Somalia. Closer to home, it remains an official language of Switzerland (with around half a million native speakers), the Vatican City and San Marino, with many speakers in Albania, Austria and Malta as well. In addition to this, increased emigration has also resulted in Italian-speaking communities springing up throughout the Americas and in Australia.

Nowadays, there are more than 85 million native speakers of the language across the globe, and it is variously regarded as the fourth or fifth most commonly-taught foreign language in the world.

To find out about our Italian translation services please click here.