A History of Portuguese Language 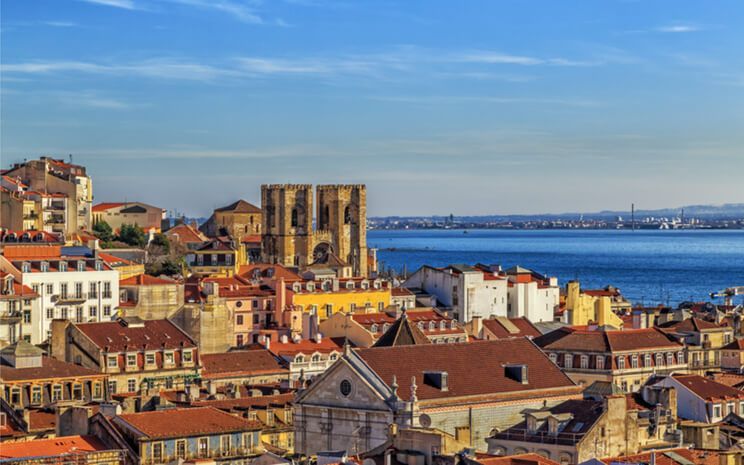 The last flower of latium

Although Portugal itself is a tiny country, Portuguese is one of the most influential spoken languages in the world, with native speakers across the South Atlantic in Brazil and across Latin America. Miguel Cervantes called it “the sweet and gracious language’, the Brazilian writer Olavo Bilac called it “the last flower of Latium, rustic and beautiful”.

The origins of modern Portuguese are in the fusion of the arriving Romans in 216 BCE and the pre-existing Celtic and Celtiberian civilisations that had already grown up on the Iberian Peninsula, the site of modern Spain and Portugal. The Romans established towns and cities near the Celtiberian settlements, and for the next six hundred years both cultures traded and mixed across the region. It’s generally agreed that it was at this point that old Portuguese, sometimes known as Galican-Portuguese, diverged from the other Romance languages – modern Portuguese still contains around 400 words from this era.

The decline of Rome

However, the Western Roman Empire began to decline from 409 CE and the Iberian Peninsula was conquered and settled by Germanic peoples, mainly the Suebi and the Visigoths. These conquerors began integrating themselves into the Iberian culture, assimilating many Roman aspects including the Vulgar Latin dialects of the peninsula. (Vulgar Latin is the collective term for the various dialects spoken by different strata of Roman society, distinct from Classical Latin which was the written language and the language of the courts.) The Germanic languages influenced Portuguese with a number of words, many of them militaristic in nature – guerra (war), orghulo (pride), brigar (to fight) and reguengo (royal domain) all date from this period.

The Moors and the Caliphate of Cordoba

Over the next 300 years, the Visigoths and Suebi faded into the local population, until 711 CE when the North African Umayyad Moors invaded and conquered large chunks of Iberia, including all of modern Portugal. After the Moorish conquest Arabic became the administrative and common language in the conquered regions, generally referred to as the Emirate or Caliphate of Cordoba. The Christian population continued to speak a Romance language, generally referred to as Mozarabic, which would continue to be spoken for around three more centuries in Spain. Mozarabic introduced many Arabic loanwords, around 600 of which persist into the modern day, including some place names like the Algarve and Alfama.

By 1000 AD, the Caliphate of Cordoba covered almost all of the Iberian peninsula, including all of Modern Portugal, stretching as far as Barcelona and the Pyrenees. To the northwest were the independent Christian kingdoms of Pamplona, Castile, Qasi and Gallecia, a Galican-Portuguese speaking Christian kingdom around Leon and Santiago. The borders shifted constantly as first the unified al-Andalus Caliphate and then its fragmented collection of successor states fought the northern kingdoms for territory. The earliest records of written Galican-Portuguese come from Gallecia in the 9th century, which was not under Caliphate rule but shared the common language with the County of Portugal.

The Reconquista and the Renaissance

Eventually the tide turned against the Moors and the Christian states undertook the Reconquista, with the final Islamic state, Granada, falling in 1492. Portugal was formally recognised as an independent kingdom in 1143 by the Kingdom of Leon, which covered Gallicia and several other kingdoms. The Estudo Geral, the first Portuguese-speaking university, was founded in Lisbon in 1290 by King Diniz, who also degreed that Portuguese, then known as the ‘Vulgar Language’ should be used in preference to Latin and known as ‘Portuguese’ after the kingdom. It was adopted by the Royal Chancellery, used by notaries and lawyers, and began becoming the language of poetry. Galican-Portuguese gradually separated into two different languages, especially as Portugal and Leon ended up on different sides of the conflict between Castile and Castilian.

In the early 16th Century and the beginning of the Renaissance, Portuguese began becoming more complex as scholars used many more classical Latin and Greek words, with the end of Old Portuguese marked by the publication of the Cancioneiro Geral by Garcia de Resende in 1516. The development of the printing press (as was the case across Europe) saw much greater standardisation of language, with the first Portuguese grammatical texts appearing in 1536 and the world’s first illustrated text book (Gramática da Língua Portuguesa, João de Barros’ guide to Portuguese grammar, basic morality and Catholicism, intended for young nobles) published in 1540.

During the 15th and 16th centuries Portugal became a major seafaring power, with traders and explorers spreading across the world and bringing Portuguese with them everywhere they went. Portugal colonised large stretches of Africa, Asia and particularly Latin America – their largest colony, Brazil, still speaks Portuguese as a native language. Portuguese became a lingua franca for trade between European powers as well as between Europeans and locals, with Ceylon (modern Sri Lanka) adopting it particularly enthusiastically.

The language was often spread by missionaries – the Japanese Nippon Jisho, a Japanese-Portuguese dictionary, was written as a product of Jesuit missionaries in Japan. Even once Portugal’s influence waned some communities kept Portuguese as a language, particularly various Christian communities in India, Sri Lanka, Malaysia and Indonesia. Many other languages have Portuguese loanwords in them, including Japanese, Malay, Swahili and English (albino, mosquito, potato and zebra, among others.) Modern Portuguese is spoken as an official language in Angola, Brazil, Cape Verde, Guinea-Bissau, Mozambique, Portugal and The Democratic Republic of São Tomé and Príncipe, with pockets of speakers in countries all over the world.

To find out about our Portuguese Translation Services, please click here.