Why does French use Both ‘Ne’ and ‘Pas’ for Negation? 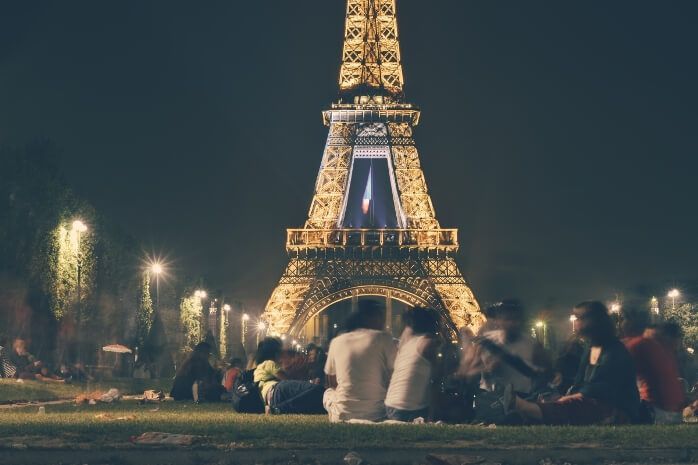 The constant development of language is one of the most fascinating phenomena that exists in human culture. In English we see it happen all the time, most recently with the development of online phrasing, abbreviation and slang, and for many it seems to be changing faster than they can keep up with it.

However, it isn’t just the invention of the internet which has caused language to become confusing to many. Linguists still have many mysteries to uncover. One such challenge is the split negative in French, which seems, like a lot of language, to have sprung up out of nowhere, without much sense behind it. In fact, like all substantial linguistic shifts, it happened gradually. Here’s an account for why French rather strangely uses both ne and pas for negation.

What is a split negative?

Rather than having a single word, the French use two which sandwich the verb they are negating. Ne and pas sit either side of the verb to denote the opposite. This is different from English in that if you wanted to say ‘I do not understand’ you must use the auxiliary verb ‘to do’ with ‘to understand’. However, in French although you use two words to negate, you only use one verb comprendre – Je ne comprends pas.

French’s split negative also opens up one of its other interesting features, which is that pas can be exchanged with other words to form different kinds of negation. For example, if you say that you never do something, then French allows you to swap the pas for jamais –  je ne fais jamais. The same goes for ‘I do not eat anything’ / je ne mange rien or ‘I do not play anymore’ / je ne joue plus.

The split negative in use

In archaic French or Old French, to negate, one could simply use ne. This word derived from the Latin ‘non’ which acts as a firm negation – ‘No’ – and explains words like nonchalant which do not have a un-negated form. This word found its place in the English dictionary sometime before the mid-1700s when this form was still in use.

Pas, of course, also happens to be French word meaning ‘step’. At the time, it had nothing to with negation. However, phrases like il ne marche pas! (he doesn’t walk a step!) and je ne bois goutte! (I don’t drink a drop!) were commonly used for strong emphasis.

In all languages, words with strong emphasis or force lose their power over time. For example, the English words ‘terrible’ used to mean actually inciting terror – now it’s applied in phrases like ‘this coffee is terrible’.

Over a long time and many gradual stages, the pas used in ‘he/she/I doesn’t walk a step’, which really meant something at the time, lost its force – and became simply a way of reinforcing the ne in all negation. How? Well, linguists don’t know exactly, as the process is long and complex and difficult to analyse. But the fact that unusual things like this happen in languages all the time is what makes them so wonderful.

What makes this even more interesting is that now ne is losing its place in French. Anyone who’s had a conversation in the language recently knows that, in spoken French, you almost always skip the ne, unless you’re in a formal situation. So it looks like a word that used to just mean ‘step’ will soon become the only word used in French negation. This is why we study languages, after all.