An Introduction to Esperanto 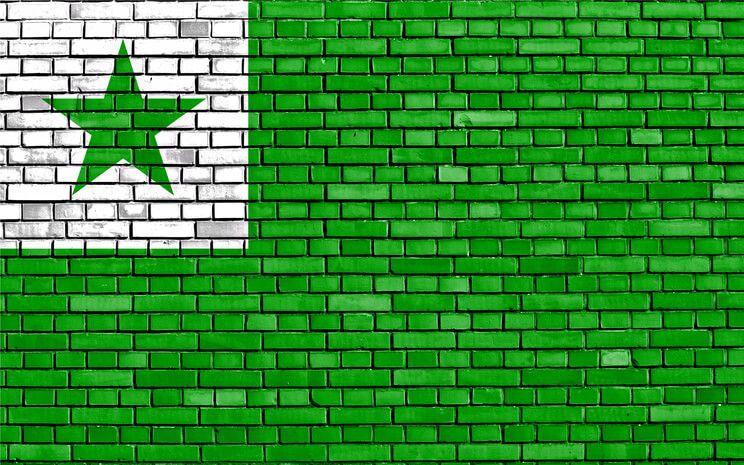 One of the great utopian dreams of the 1800s and early 1900s was that of a single unified language, one which would reduce international conflict and facilitate shared trade and understanding among all the peoples of the world. It was an idea built out of the kind of optimism which the First and Second World Wars quashed, but one which appealed to linguists and diplomats worldwide. While several of these languages were proposed, none gained the traction necessary to become widely known and use, and thus far no constructed language has eclipsed the major international languages spread by colonial and imperial powers – French, Spanish, Dutch, Chinese, Russian, German and of course English. What went wrong?

The birth of Esperanto

Esperanto is the most prominent of the proposed universal languages, and the one that perhaps came closest to the dreams of an international trading tongue. Esperanto was created by L.L. Zamenhof, a Polish-Jewish Opthalmologist living in what was then the Polish portion of the Russian Empire. He created the language to “reduce the time and labour we spend in learning foreign tongues”, aiming to unite all nations into a “common brotherhood”. At the time, ethnic tensions in Poland between Russians, Germans, Poles and Jews were running high as all four groups spoke different languages but occupied the same cities. Zamenhof, an idealist by nature, wished to find some way of uniting them.

Zamenhof spent years translating literature into his new language, and released his first book of Esperanto grammar in 1887. The language spread rapidly but thinly – while a network of speakers emerged across the world, the annual convention of Esperanto speakers (first held in Boulognee-sur-Mer in France in 1905) rarely saw more than 6,000 people attending since the Second World War. At the time the language was known as “Internacia Lingvo” (International Language).

Recognition and the nationalist response

A small number of nations considered adopting Esperanto, most notably Neutral Moresnet, a small autonomous territory between Belgium and Germany. The territory was annexed in 1915 by Germany, however, ending this attempt. The post-war League of Nations proposed to adopt Esperanto, meeting opposition from the French, who were attempting to halt the decline of French as an international language (the French delegate later used their veto to block the motion). The League did suggest that its member states teach the language and it had something of a heyday in the 1920s, with post-war anti-nationalism a natural fit and much support among the anarchist movements of the time. National governments, however, were suspicious of the language, particularly the major dictatorships: Nazi Germany, Francoist Spain and Stalinist Russia (the Soviets previously supported the language but it was suppressed under Stalin) were all opposed to the idea. As an internationalist language proposed by a Polish Jew, it’s not surprising that the hyper-nationalist and anti-Semitic Nazi government included Esperantists in the Holocaust (to a degree this backfired, as while many who entered the concentration camps never left, surviving Esperantists in the camp taught other prisoners the language under the guise of teaching Italian). Despite the international nature of the forced arrayed against the Axis powers, the Second World War established the dominance of English over all others and pushed Esperanto (at its heart a European movement) aside. The early Cold War was hardly a favourable climate for such an idea either.

Ideas outlast wars and governments, however, and Esperanto has undergone some revivals in recent decades. The Chinese government has posted news in Esperanto on its website since 2001, and several non-profit organisations have adopted it as a working language. The United Nations and UNESCO recognised the language as a medium for international understanding in 1954. It’s also the first language of teaching and admin at the International Academy of Sciences in San Marino. Nonetheless, the language is only spoken by around 100,000-2,000,000 total speakers, with only around 2,000 native speakers.

Will Esperanto ever reach its goals?

Although uptake has been limited and politics has slowed its spread, the international dream of Esperanto remains. Intentionally designed to be easy to learn, Esperanto can be taught much faster than other languages, and it’s slowly gaining international recognition despite (in the words of its third aim, as per Zamenhof in the Unua Libro) “the natural indifference of mankind” in learning new languages. It should be noted that Zamenhof himself was realistic about the time it may take to spread the new language, as he noted in a speech at the World Esperanto Congress in Cambridge in 1907: “we hope that earlier or later, maybe after many centuries, on a neutral language foundation, understanding one each other, the nations will build…a big family circle”. Obstacles to the spread of the language (like the ubiquity of English on the internet, improved global communications and humanity’s uncertain future as a species) don’t ultimately change the fact that a universal language may indeed be centuries away.

On the other hand, with communication with other countries now easier than ever before, it may once again be time for the utopian dream of a single common language to return.